Like other segments of the consumer sector, the food industry follows trends and changing consumption habits that can benefit one company over another. Particularly in the recent years, we have seen changing attitudes towards health, community and the environment, which have affected consumption habits and translated into the growing popularity of specific foods and drinks.

Foods without artificial additive products, colors, flavors, sweeteners, and hydrogenated fats have become increasingly popular, and the acquisition of Whole Foods by a high-tech growth giant like Amazon is indicative of the growth potential seen in this market. In this post, we use Sentieo’s tools to look at a few interesting trends in the food industry.

With the World Health Organization warning about the potential danger of eating too much meat, the vegetable sources of proteins have become increasingly popular, and not only among fitness and body-building enthusiasts. They are also popular among vegetarians and, above all, vegans, who need non-animal sources of proteins. Protein-Rich seeds and grains have become increasingly popular as standalone foods and as add-ons to yogurt, oatmeal, and peanut butter. Let’s take a look at a few of them a bit more in detail.

2013 was named the official year of quinoa, but it seems that the grain has become even more popular since then. We used Sentieo’s Mosaic tool, which offers users the ability to find and visualize alternative datasets. The number of mentions of quinoa in company filings and transcripts has basically tripled since 2013: 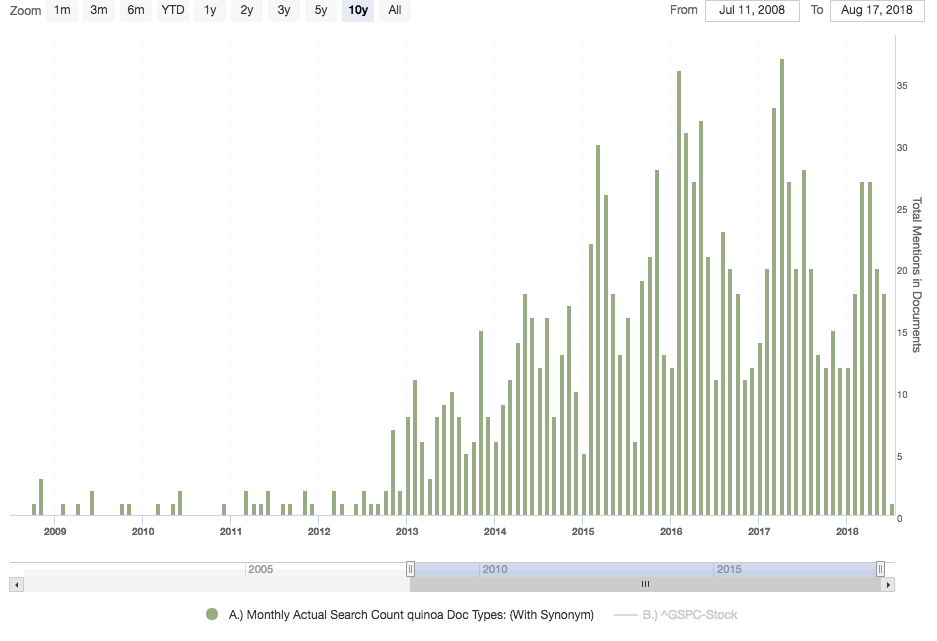 Consumer interest in quinoa, which we measured using Google Trends data, has also increased substantially since then, but was basically flat during the past three years as other vegetable sources of proteins started to gain market share. In the chart below, you can see Google Trends data for the word “quinoa” (blue line). We have also added a 13-week moving average of the Y/Y variation of Google Trends data (yellow line), which makes the underlying trend more visible and neutralizes seasonal effects: 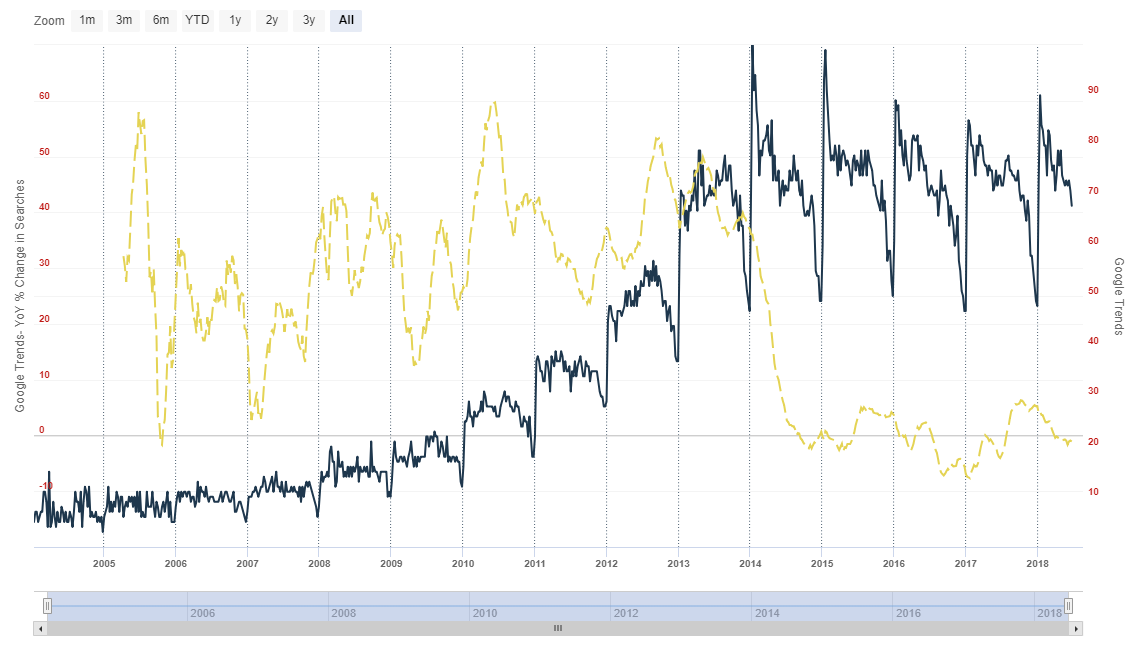 The increasing popularity of hemp is even more evident. Like quinoa, hemp is a protein-rich plant and is considered a complete protein source, which means it provides all the essential amino acids (an extremely rare characteristic for vegetables). Hemp’s popularity has skyrocketed in the past few years, as the growing number of mentions in company documents and transcripts shows: 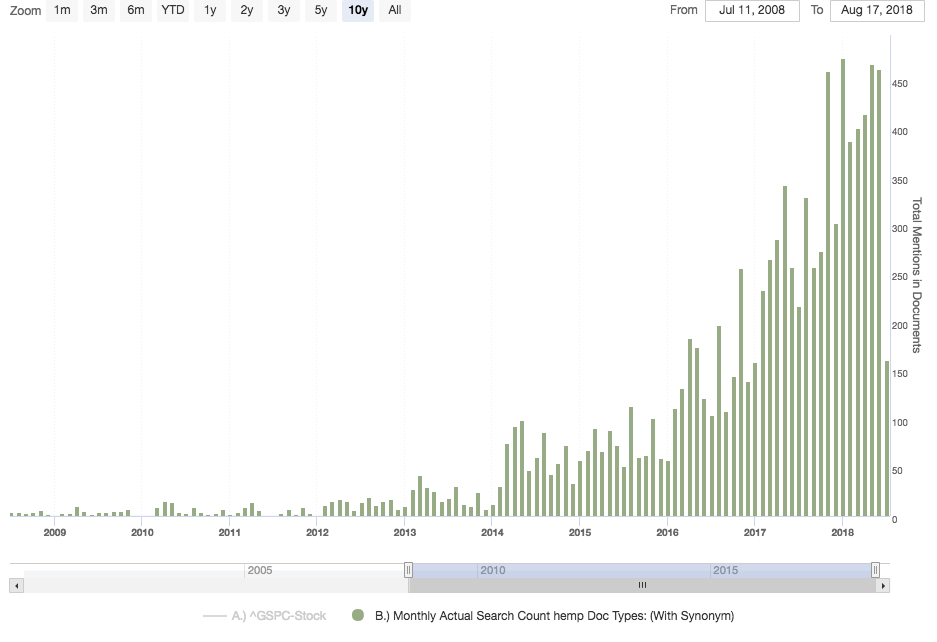 Also, consumers’ interest in hemp — and hemp seeds in particular — has skyrocketed: 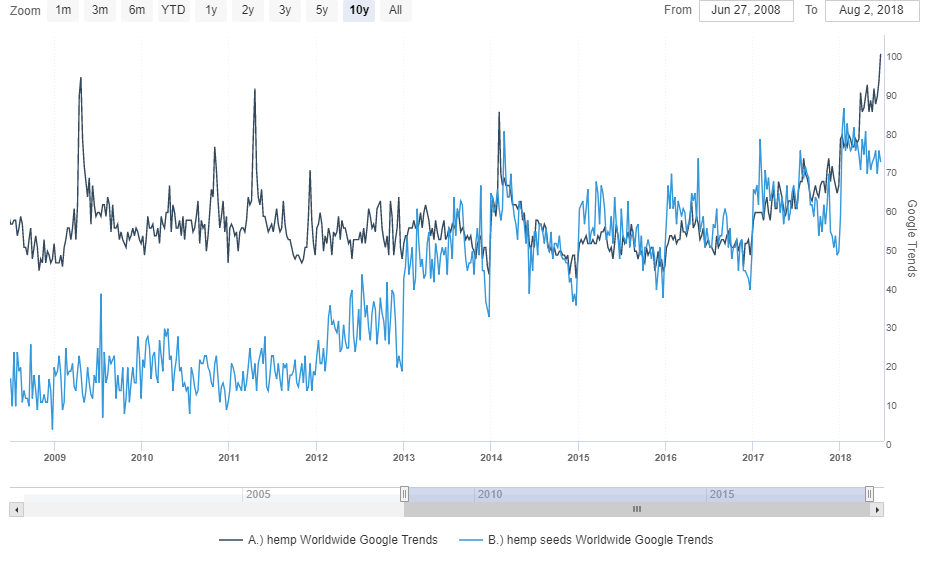 Another protein-rich grain that is becoming increasingly popular is sorghum. Although it’s not a complete source of amino acids, there are many interesting ways it can be used. It is a good sweetener and can be used as a substitute for wheat flour. However, it has no gluten, so it requires a binding agent in some recipes, such as a xanthan gum or cornstarch. It can also be popped like popcorn. Sorghum’s popularity has grown consistently since 2010-2011: 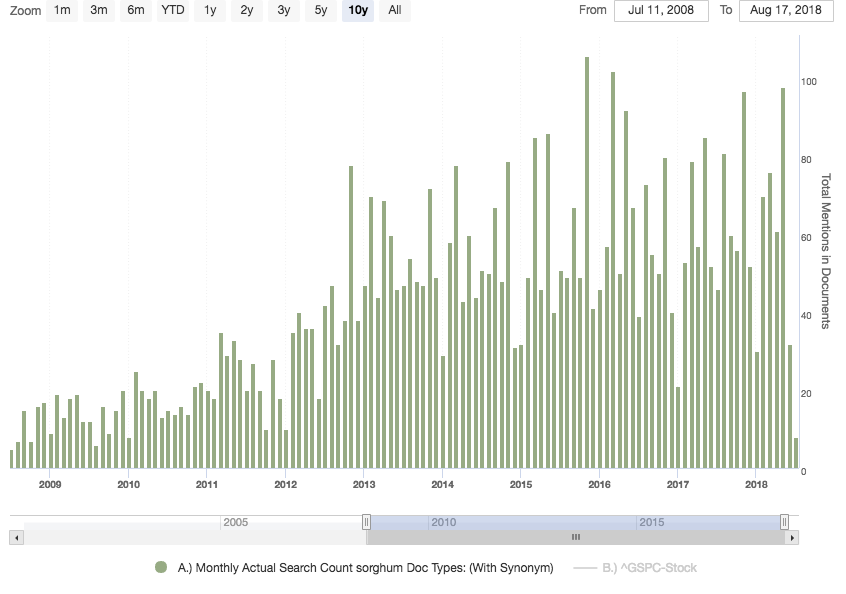 This is confirmed by the growing interest from consumers: 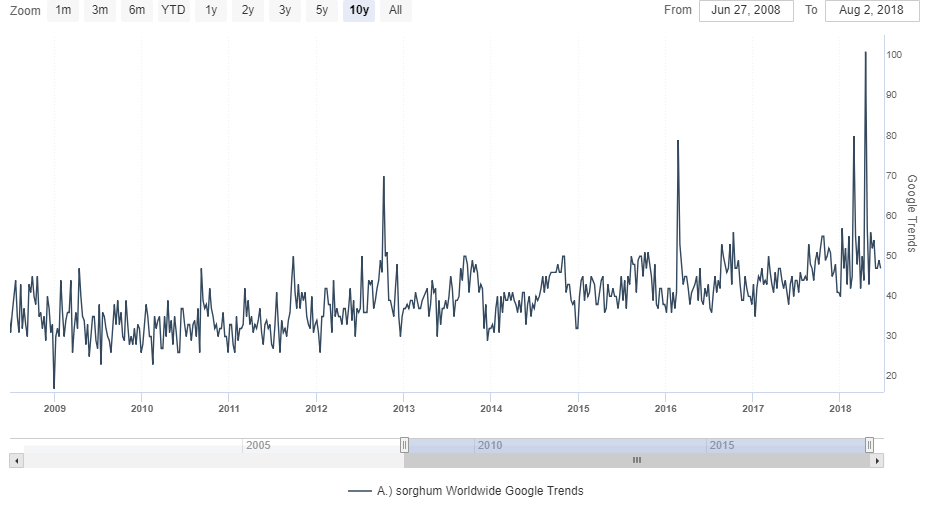 Sentieo’s tools help us identify, analyze and compare industry trends quickly and effectively. We used Document Search and alternative data from Mosaic to analyze a few interesting trends in the food industry, a segment of the consumer space that is experiencing significant changes due to increasing health consciousness, changing consumption habits, and the rising adoption of specific diets for ethical reasons.

We can easily see what’s driving customers’ interest, such as the increasing popularity of protein-rich grains, and how the companies are responding to them. We have also detected which companies can benefit from these trends very easily by monitoring how many times certain keywords have been mentioned in a company’s documents. However, Sentieo’s tools can be used to run ad-hoc searches on a virtually unlimited number of topics, allowing us to gain important insights into any industry that are not available anywhere else. Next week, we’ll feature more trending foods.