Meat alternative marketer and recent IPO Beyond Meat (Nasdaq: BYND) reported quarterly earnings a few days ago, and, concurrently, the company surprised the market with a secondary offering well ahead of the indicated 180-day IPO period (a rare occurrence in the last 10 years). The stock’s performance since its IPO has been stunning: the IPO priced at $25 on May 01, 2019, and the stock went up over 8 times leading up to the earnings announcement.

The secondary offering priced at $160, well below the closing price of $222.13, the last price before the Q2 results and secondary announcement on July 29, 2019.

The offering was mostly pre-IPO investors and insiders selling (3,000,000 shares), along with the company selling 250,000 shares itself to fund its operations:

The secondary came just as BYND’s market capitalization surpassed that of a number of consumer staples companies in the S&P 500:

We were curious to read the secondary offering document using redlining, to see what has changed since the IPO documents. Keep in mind that there will be changes solely due to the fact that BYND is now publicly traded, versus the pre-IPO language. We redlined the secondary S-1/A filed on July 31, 2019, against the final IPO S-1/A from April 29, 2019.

Here are our notes:

1) Stunning distribution and sales growth, along with successful partnerships and major increases in media impressions:

3) Since the company is now publicly traded, there is a new warning around stock price volatility and potential losses:

4) Certain US states have introduced legislature regarding what products can be called “meat.” We saw this reflected in the added “state regulators” to this risk factor:

6) There are no written contracts with the US co-manufacturers (note the EU deal mentioned above):

7) Big drop in local unemployment in the area around their Columbia, MO, facility warranted an update in this risk factor:

8) Entirely new risk factors: the growth will not last forever, and there might be serious fluctuations in the results: 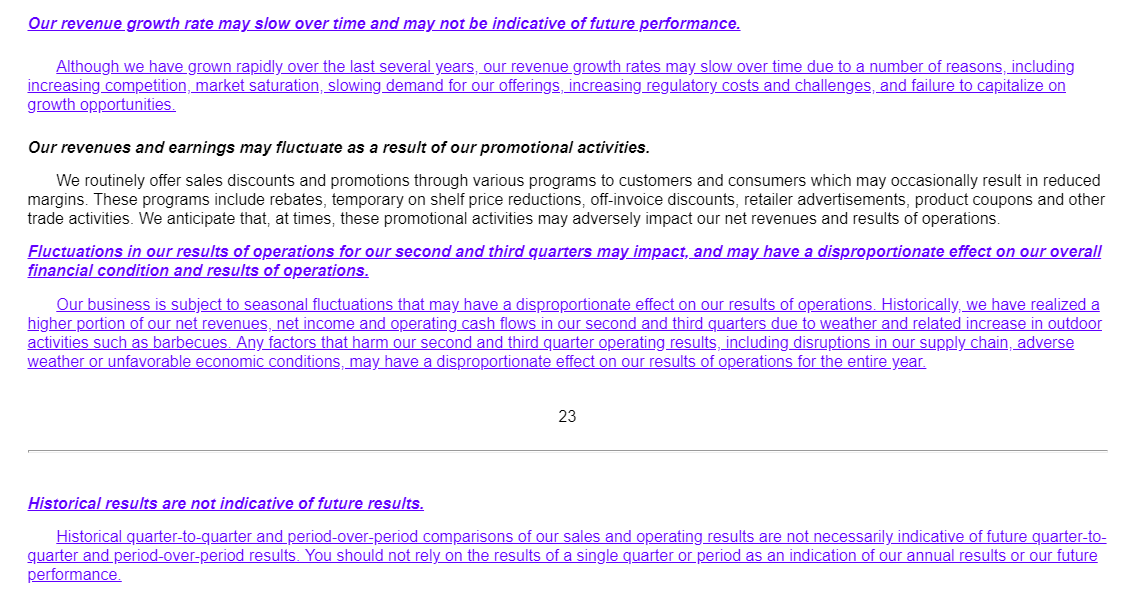 9) Negative development for BYND in a lawsuit brought against them by a former co-manufacturer:

10) A relatively new development in IPO filings is the disclosure of use of Professional Employer Organizations for a number of HR/payroll tasks:

11) Surprisingly, the number of pending patent applications have dropped:

14) Since the stock is now publicly traded, there is a whole new paragraph on the effect of research analyst coverage:

15) We can see the company balance sheet pro-forma of the offering. Note the increase in Cash and Cash equivalents, along with the increase in Additional paid-in capital: 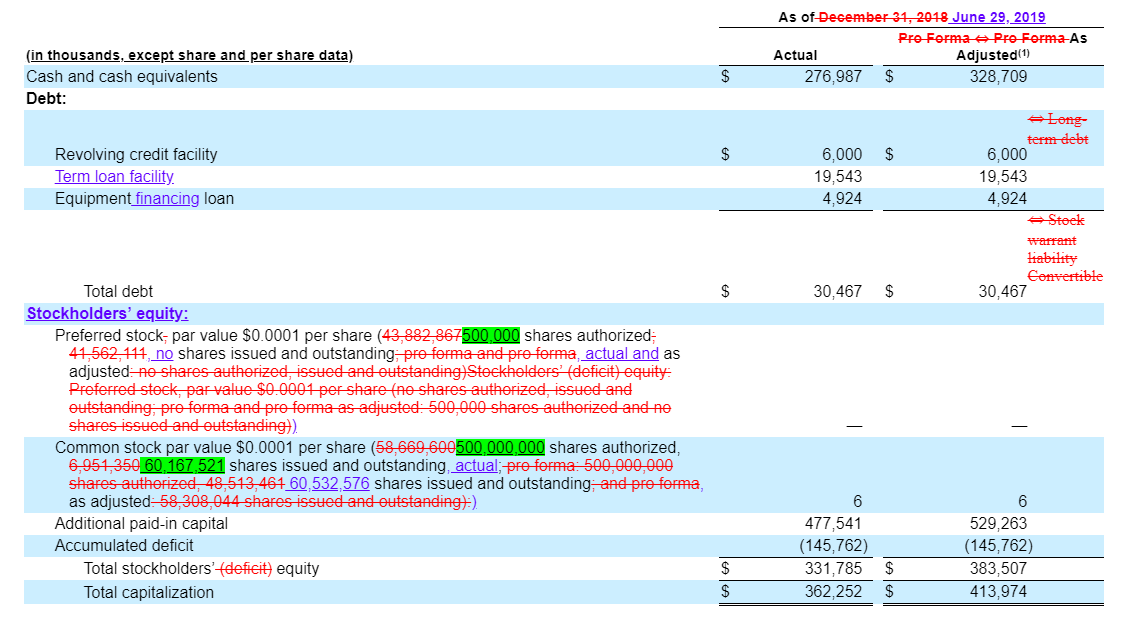 17) The IPO also lead to a simplification of the capital structure of the business (also note the Warrant crossed off in the table above):

18) The company has a small balance on its revolving line of credit:

20) There is a lot of detail on Sales and Marketing activity (of course, all numbers are up: sales team, promotional events, samples, followers):

21) Notably, no changes in the serious celebrity endorser line-up:

22) New executive hire and one anticipated Board of Directors departure:

24) The underwriters have the standard “greenshoe” option to sell additional shares:

Get in touch with Sentieo to try your own redlining!