Nearly a year ago on September 20, 2016, WFC CEO, John Stumpf, testified in front of the Senate Banking Committee regarding the “cross-selling” scandal which also cost 5,300 employees their jobs. WFC never provided the “cross-sell” metric in a table format in public filings, and as a result the data cannot be derived from legacy financial research platforms.

Using Sentieo’s Document Search for “cross-sell,” we found the following:

Using Sentieo’s Plotter data visualization tool, we plotted WFC’s use of “cross-sell” vs. WFC Stock Price between September 2007 and September 2017 : 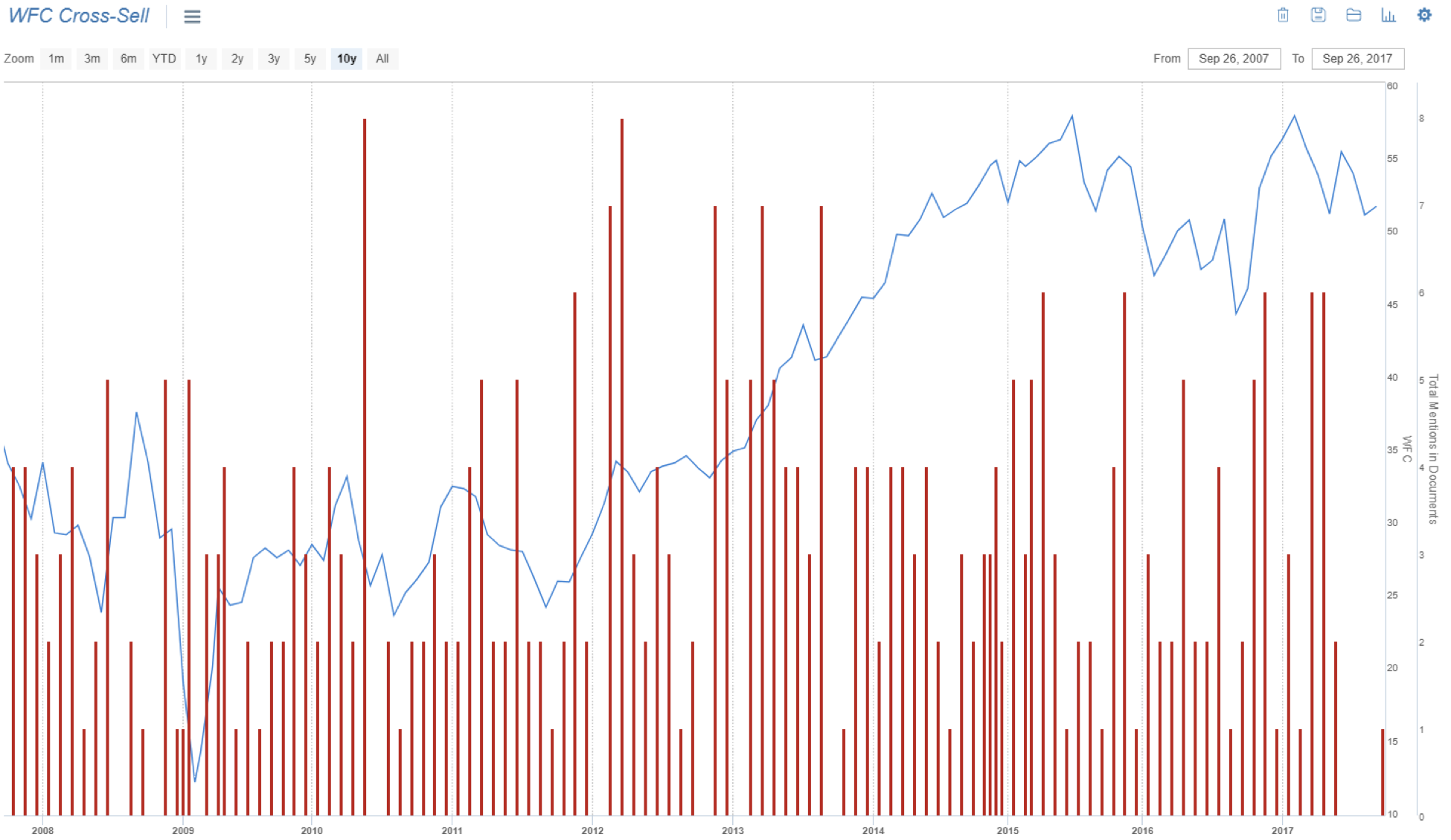 Dear Senator Warren, and anyone else, please feel free to contact us for additional information.