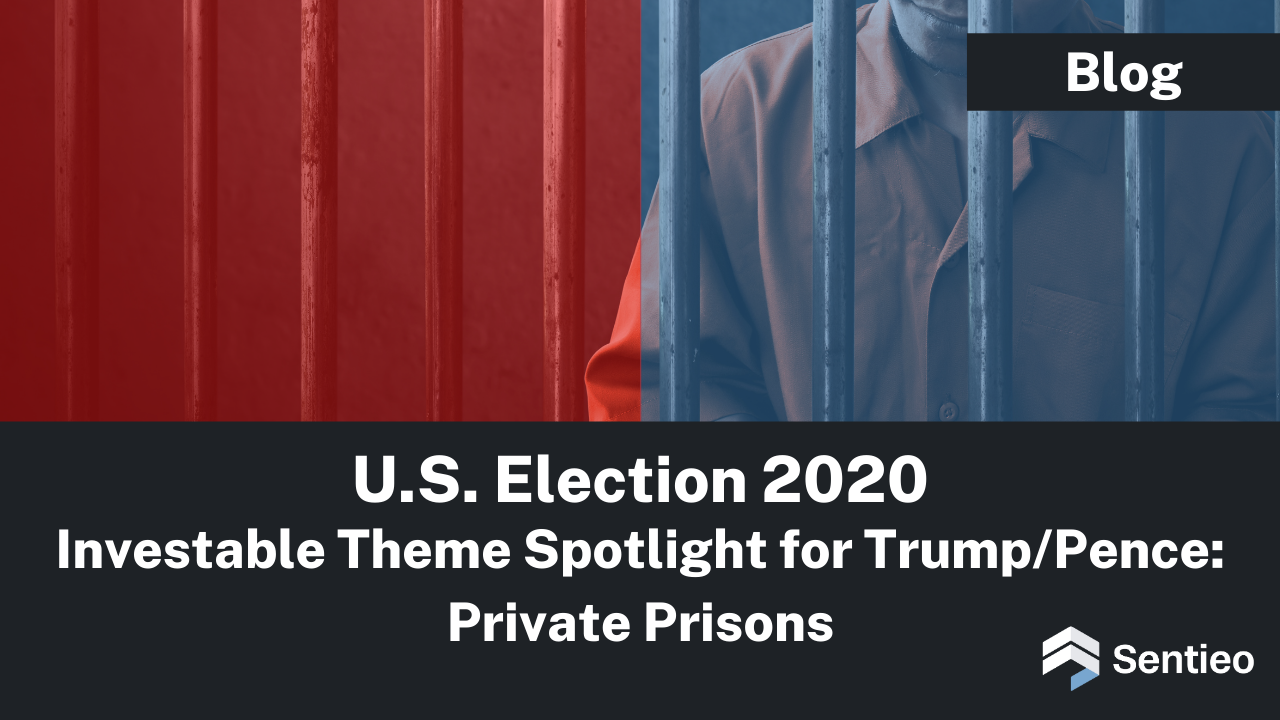 Over the past few weeks we’ve been covering investable themes for both the Biden and Trump campaigns. So far, we’ve discussed higher education, police funding and cannabis decriminalization. Today , we’ll look at private prisons.

And there is substantial historical precedent for this: the Obama administration did, in fact, outline a plan to end private prison use at the federal level in 2016.

CXW AND GEO TO BENEFIT

The 2016 volatility in CXW and GEO is clearly visible in the price chart below.

Going into this election cycle, people and groups associated with CXW and GEO have been active in terms of contributions, mostly to Republicans, and have been signing long-term contracts with federal agencies.