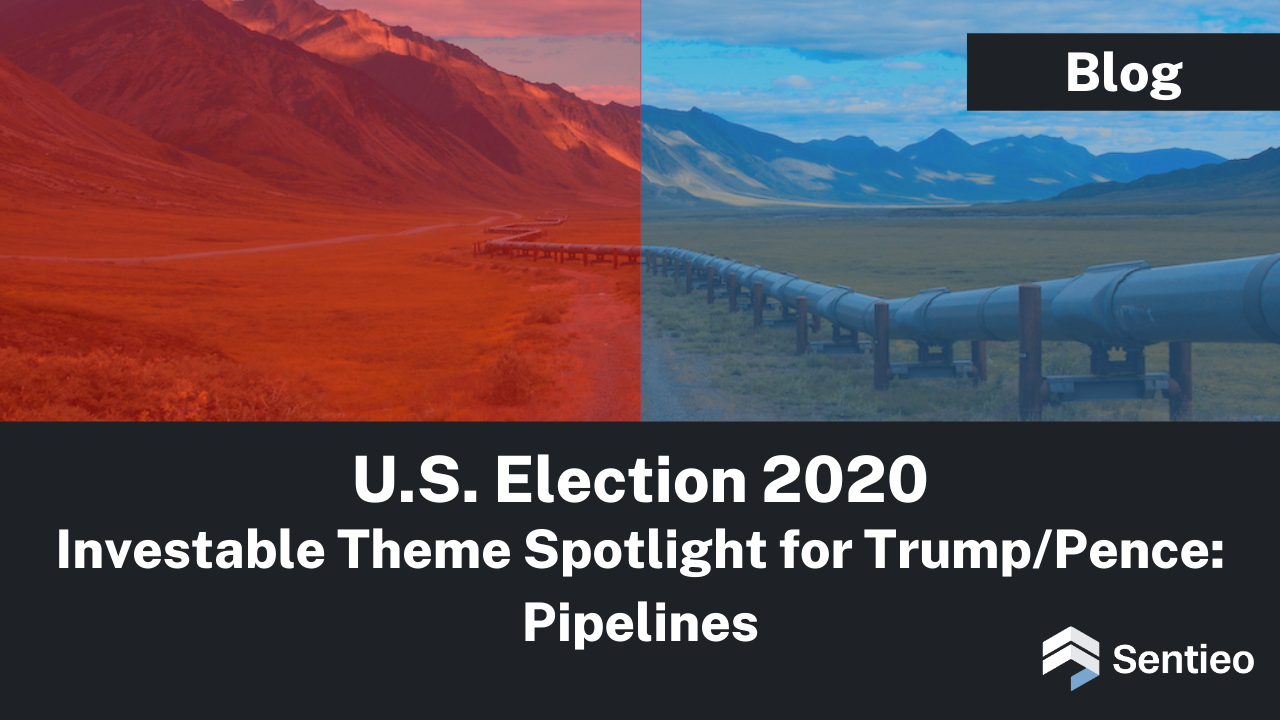 New pipeline projects have come under political fire from many angles over the last few years: for example, here is the ACLU coming against the Keystone XL project and the American Library Association’s statement against the Dakota Access Pipeline.

While not present in President Trump’s bare-bones agenda, pipelines are featured in the separate “Promises Kept” website. In the Energy and the Environment section, we see mentions of Keystone XL, Dakota Access, and the New Burgos pipelines, along with LNG/energy exports claims as well as the opening up of extensive new areas for exploration, including in the Arctic National Wildlife Refuge and in the Gulf of Mexico.

And there is another angle that we uncovered: a number of publicly traded US pipelines are structured as Master Limited Partnerships (“MLPs” for short), a subset of publicly traded partnerships, in contrast to most “regular” stocks. MLPs are used for tax-efficient income and estate planning purposes, as described in this piece from Brookfield Asset Management.

A Biden administration is likely to end at least the “step up” advantage (or loophole, if you prefer), as outlined in this Tax Policy Center analysis. We see pipelines as more attractive under an explicitly tax-, pipeline- and hydrocarbon-friendly president: our choice here is the industry index ETF, Alerian MLP ETF (NYSE: AMLP).

An earnings season like no other: Q3 2020 was at the confluence of the Covid pandemic, unprecedented government actions, and the U.S. presidential elections. Join us for this earnings season review where we go over what we saw, where we were wrong, and where we were right with our pre-election thoughts.