Ascena Retail’s stock was down 25% on Tuesday after reporting disastrous 4Q16 results. The comp store sales declined -5% in 4Q16 vs. consensus estimate of -2.3% and EPS came in at $0.08 vs. consensus estimate of $0.16. Further, the company guided for a -1% to -2% comp store sale growth for FY17, despite weak comps in FY16. We use Sentieo’s plotter tool to track the revenue estimates and stock price for ASNA, and note a severe downward revision after yesterday’s results. 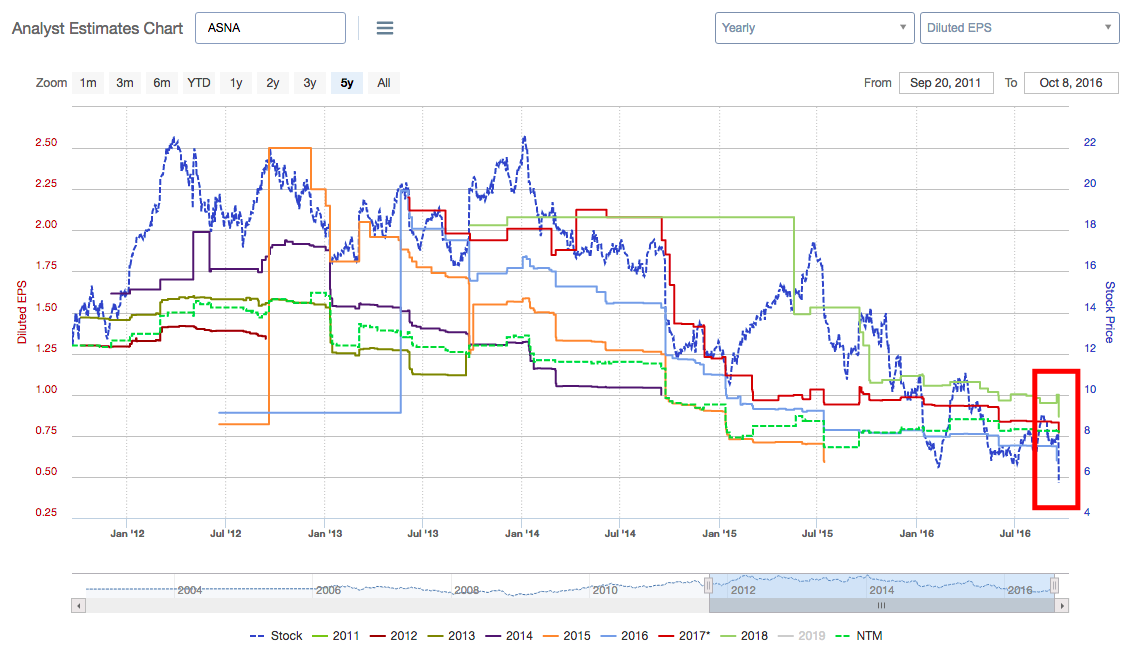 We highlighted in our previous blog post that the retail sector is going through a rough patch due to digital disruption, weak consumer sentiment (driven by election fears), and commodity deflation, leading to a series of bankruptcies and store closures.

Ascena is feeling the pain in retail. A weak consumer sentiment, along with digital disruption, has adversely impacted store traffic. We note David Jaffe, CEO of Ascena, highlighting restrained consumer spending and the secular changes impacting the industry:

As we noted in our previous blog post, store closures in the retail sector are trending higher than they were during the 2008 recession period. We expect this decline to continue until a new normal is achieved.

ASNA confirmed during its conference call that it expects to see store closures in the coming year. We note David Jaffe, CEO saying:

ASNA will host its Investor Day on October 26 and provide more details.

Ascena’s results is just another evidence of the ongoing mayhem in the retail sector. E-Commerce disruption and weak consumer sentiment are posing a graver challenge than the 2008 recession period. We can expect more store closings to follow, until we reach a “new normal” in the retail sector.