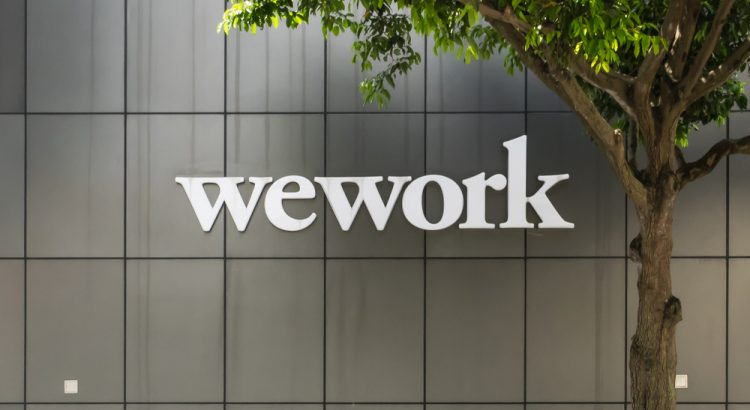 To find out, the Sentieo team took a look at other recent high profile IPOs to compare against what we saw in The We Company’s expansive 800+ page S-1 filing. The document also contains 198 separate tables. Inside the filing, the Company (proposed ticker: WE) spends ten pages on discussing various transactions with “related parties.” Contrary to widespread understanding, related parties are not limited to just insiders and large owners. In this case, the underwriters of the equity IPO are also considered related parties, since there are multiple non-IPO business transactions that have occurred prior to the filing. If you are interested in finding out more about the regulations, there are extensive SEC publications regarding these disclosures (for example, there is a 436-page PDF published by the Commission on the topic).

Part of what we see is attributed to the fact that as a real estate company, WE uses bank financing. Another aspect is that as a remarkably fast growing company in the physical world, the company has needed trusted JV partners in different geographies.

WE has disclosed various transactions with four “levels” of insiders: the founder, Adam Neumann and his family, its executives, its pre-IPO investors, and its banks. In fact, “related party” or “related parties” is mentioned 110 times in the document.

In the first group, WE has business relationships with the founder across several dimensions: it leases a small number of buildings from him, there are unusual supervoting stock, succession, charitable giving, real estate, and compensation arrangements. There are several family members employed or doing business with the firm. The founder was paid almost $6 million for the renaming of the company (since he personally had a company called We Holdings), and he has borrowed several times from the company, and separately from its offering underwriters.

WE also disclosed related party transactions with several executives, including loans and bonuses that were used to repay these loans.

SoftBank and Hony are investors in WE but are also partners for WE in its various Asian joint ventures.

The IPO underwriters (a collection of bulge bracket banks) also have several “related party” disclosures: ownership of preferred stock, loans to the company, as well as personal loans to the founder: almost $500 million secured either by WE stock or by personal properties.

So how unusual is this level of related party transactions in recent high profile IPOs? We took at look at Slack, Uber, Lyft, Chewy, Pinterest, Levi Strauss, and Zoom Video to get an idea.

In Slack’s filing, we see a few mentions. There have been several rounds of convertible preferred financings and executives selling shares. There have been transactions with Square (since the Square CFO is on the Board of Slack, she’s a related party), some content partnerships with the wife of the CTO and the former domestic partner of the CEO, and the son of a BOD member works at the company. The VC investors are also partners with Slack in an “in house” VC fund. (We dug deep into Slack’s business model back in May).

Uber, like Slack, has had several rounds of convertible preferred financing. Its executives, like Slack’s, have had pre-IPO liquidity events with company involvement. It has a co-investment with Softbank (and Toyota) in an AV venture. Uber has a relationship with Google Maps, Google’s ad business and Google Pay, all owned by Alphabet, an investor. The daughter of an executive is employed at the company. There are a few other bits and pieces, like their relationship with DiDi.

Lyft’s related party transactions are almost a carbon copy of these at Uber: investors with convertible preferreds, and business relationships with several related parties, such as Google, General Motors and Rakuten. (Our five big AV takeaways from Uber’s and Lyft’s filings are written up here).

Chewy, the fast-growing online pet product retailer, was mostly owned by pet product physical retailer PetSmart. Its related parties disclosure is relatively plain, and almost entirely focused on its operational relationship with PetSmart: purchasing, product, tax and governance matters, not unusual in the case of subsidiary IPOs. (Our read of Chewy’s full IPO filing is here).

Pinterest, similar to the tech companies described above, has disclosures around its relationships with its VC investors, and there is one family member of an executive employed in a non-executive function. (We wrote a very long post analyzing Pinterest after the IPO).

Levi Strauss & Co. has a fairly straight-forward 2-page disclosure: the descendents of the founder have certain rights as shareholders, some executives have sold stock back to the company, and there is some overlap between the executive team of the company and that of the Levi Strauss Foundation, to which the company also donates. There is one former BOD relative employed at the company.

Similar to LEVI, Zoom has a short disclosure doc: relationships with the VC investors, its founder had sold some stock to a fund and had a loan in 2015-2016, and a BOD member is from Veeva, which is also a small client.

It is fair to say that WE’s relationships with its related parties go well above and beyond what we have seen in the other recent high profile initial public offerings. The most common are: governance arrangements with pre-IPO VC investors, followed by ordinary course of business relationships with investors such as Google (it is hard for a consumer-facing business to avoid working with Alphabet properties), and finally, cases of founders and executives getting some liquidity for their equity stakes over the years.