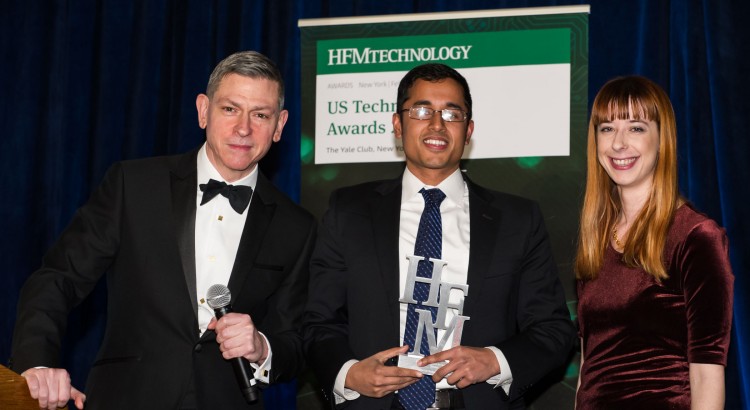 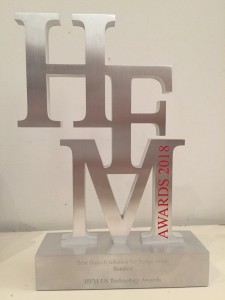 Last night at the Yale Club in New York, Sentieo was presented with the 2018 HFM U.S. Hedge Fund Technology Award for Best Fintech Provider to Hedge Funds. Arib Rahman, VP of Product at Sentieo, proudly accepted the award for the team.

According to HFM, the HFM US Hedge Fund Technology Awards recognize IT and software providers serving the hedge fund sector that have shown exceptional customer service and innovative product development over the past year. Sentieo has demonstrated excellence in the following:

Alap Shah, the CEO of Sentieo and a former equity investor himself, stated: “We’re honored to be awarded by HFM and are excited to continue delivering a comprehensive product for equity investors that includes easy document search, alternative data, collaboration, and many other cutting edge features that they want and need —in order to be efficient and ultimately more successful.” 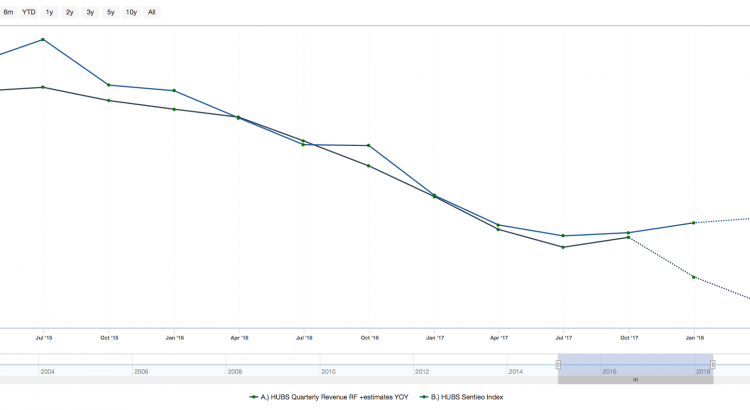 As earnings season continues into another exciting week, the Sentieo team has been making their predictions about earnings using alternative data from Sentieo Mosaic. The team accurately predicted the Netflix, Snapchat, Twitter, Skechers, and GrubHub beats, and in Part 2 of our guide, we will be sharing our thoughts on Trupanion (TRUP) and Hubspot (HUBS).

Our Methodology: Why Does This Data Predict Earnings?

In the graphs below, we are presenting Quarterly YoY growth in Google Trends, Website Visits (Alexa Panel), and Twitter Mentions. In all cases, we have compared the data against quarterly revenue growth. Alternative datasets like these are offered in the Sentieo platform and can provide an edge in analyzing consumer-facing businesses, as they often have a high correlation with revenue growth and are available ahead of traditional financial metrics for the period. As consumer behavior shifts more and more towards digital, indicators like these have become more predictive of tech and consumer company results. Below each chart is a link to the interactive version of the graph.

Consensus revenue growth expectations (dotted black line) are calling for revenue growth decelerations for Q4 (ending 12/31) and Q1 (ending 3/31). The Sentieo Index (blue), however, is showing a slight acceleration in Q4 and is showing a continued acceleration based on quarter-to-date data for Q1. This suggests a potential beat-and-raise for HUBS this afternoon. 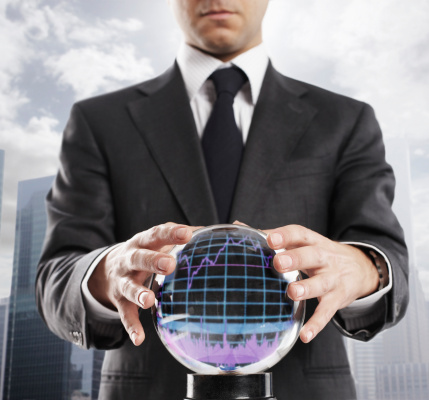 With earnings season in full force, the Sentieo team has been making their predictions about the earnings announcements from major companies, using alternative data from Sentieo Mosaic. The team successfully predicted the Netflix and Snapchat beats, and in this report we will disclose our thoughts on TWTR, SKX, SODA, and GRUB.

Why does this data predict earnings?

In the charts below, we are presenting Quarterly YoY growth in Google Trends, Website Visits (Alexa Panel), and Twitter Mentions. In all cases, we have compared the data against quarterly revenue growth. Alternative datasets like these are offered in the Sentieo platform and can provide an edge in analyzing consumer-facing businesses, as they often have a high correlation with revenue growth and are available ahead of traditional financial metrics for the period. As consumer behavior shifts more and more towards digital, indicators like these have become more predictive of tech and consumer company results.

Below each chart is a link to an interactive version of the graph. 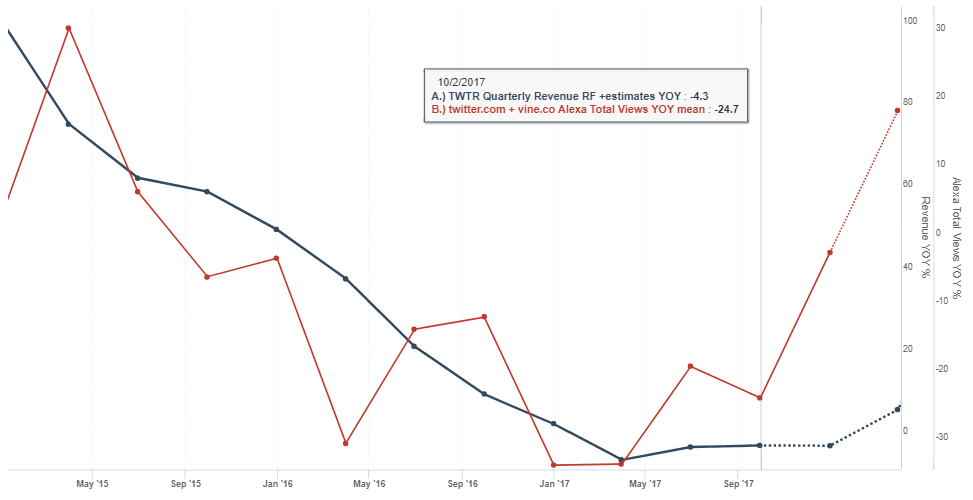 After years of struggles, Twitter finally seems to be taking the steps it needs to come into the modern era and properly engage and monetize its massively unique user base and content. By increasing character limits, improving navigation, driving more usage through better notifications and alerts, and by focusing more on video, Twitter is growing DAUs and revenues again. The stock has surged recently but there appears to be much more upside. Website Visits to twitter.com  (Total Visits = red line) have shown a strong relationship to TWTR’s revenue growth (black line) historically. The website visits data is pointing to a meaningful acceleration for FQ1 (12/31) while Street estimates are not.

Google Trends searches for Skechers (green line) and Website Visits to skechers.com (red line) have accurately signaled major inflections in $SKX’s revenue growth (black line). The Google Trends data, which has the best correlation, is calling for a huge acceleration in FQ1 (12/31). However, the FQ2 (3/31) Google Trends data (based on 4 weeks of data) is signaling a very large deceleration.

When you peel back the onion, you see that this is a tale of two geographies. The international business has driven all of the recent growth acceleration, while the U.S. seems to be off to a bad start in FQ2 (see below). 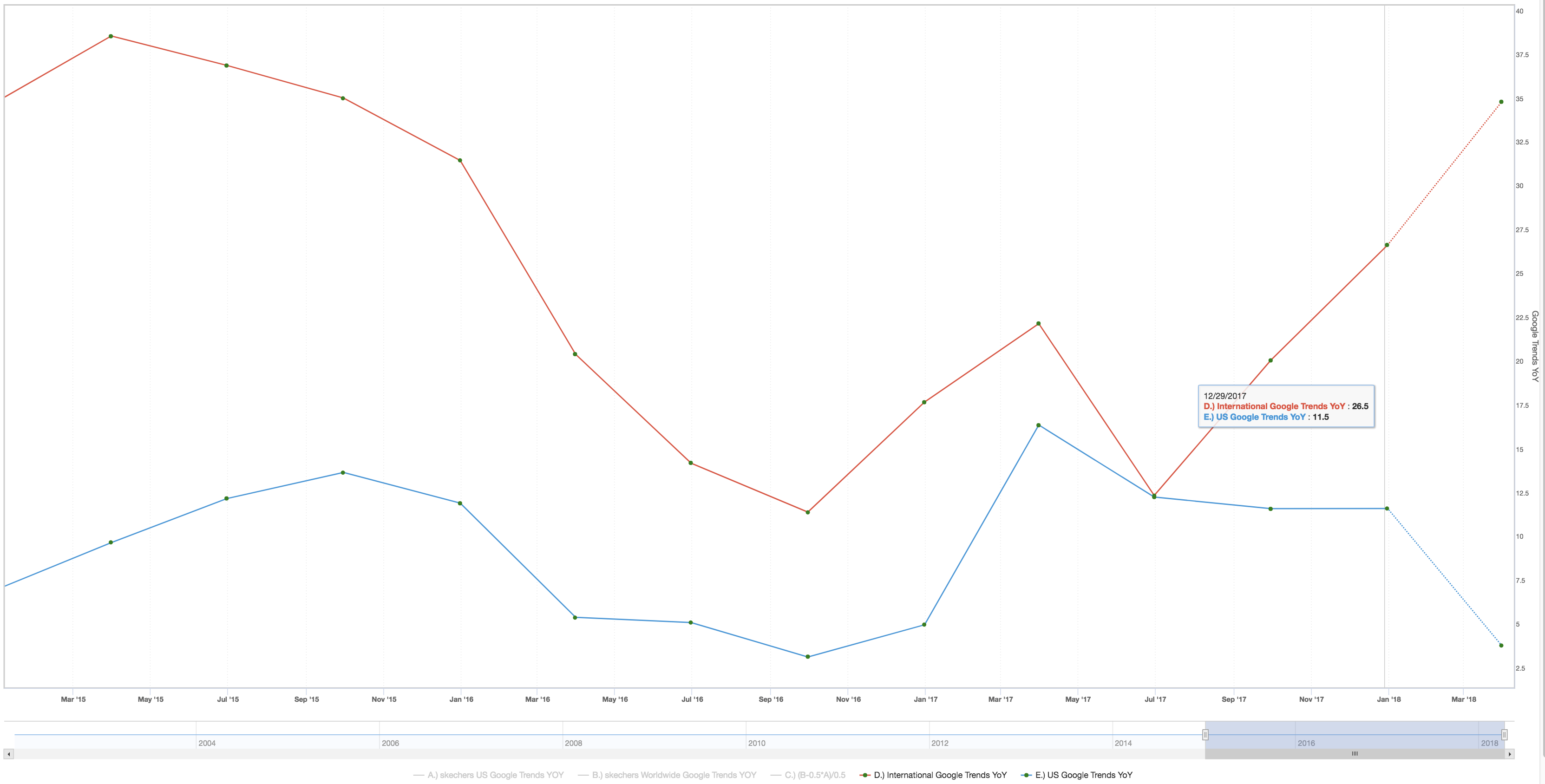 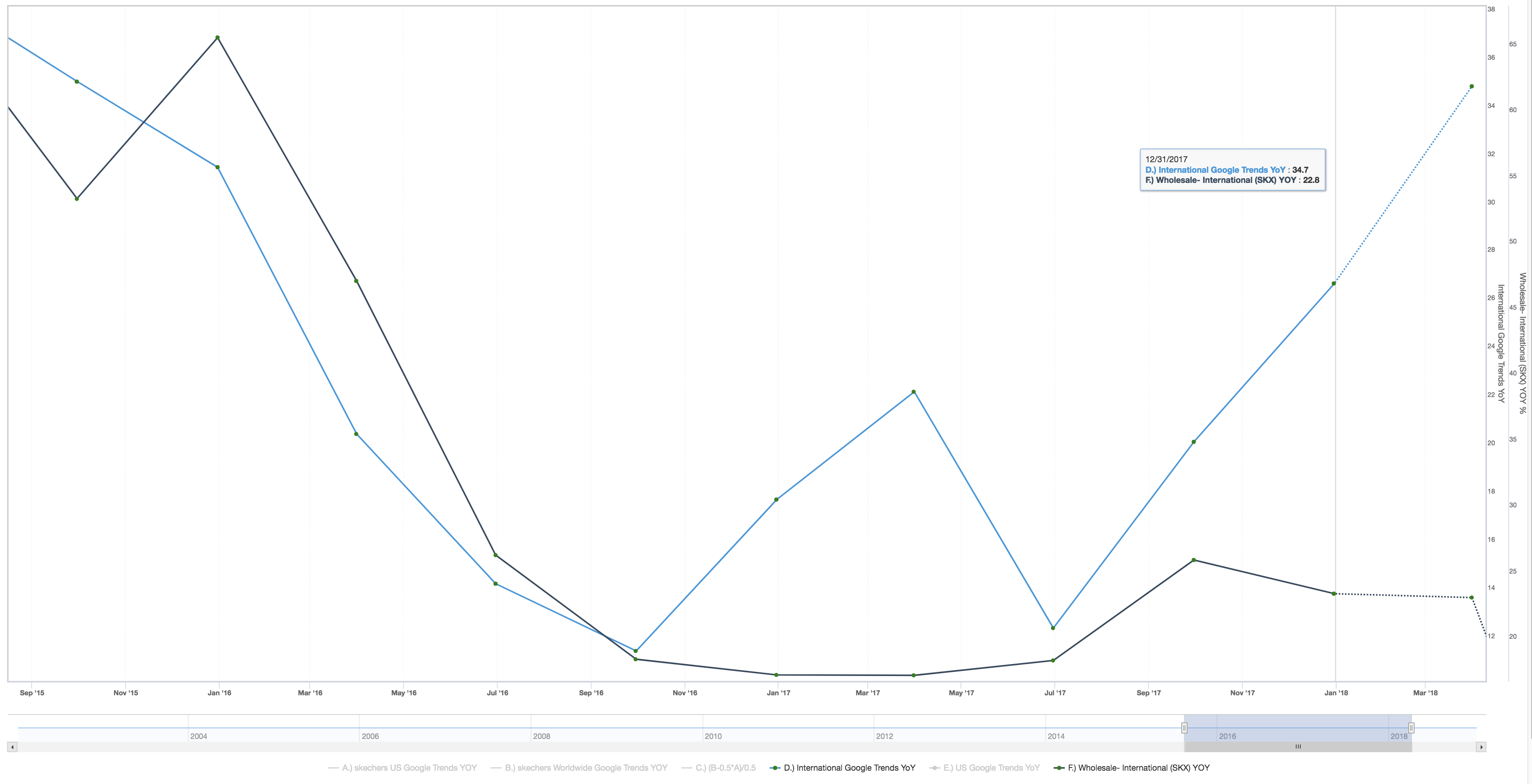 While the U.S. side is off to a tough start to 2018, we think the biggest point of surprise on the print will be the massive reacceleration in international during FQ1, and the likely improved FQ2 guidance for international.

Overall, we expect a beat on the upcoming earnings call as laid out in detail in our recent blog post. 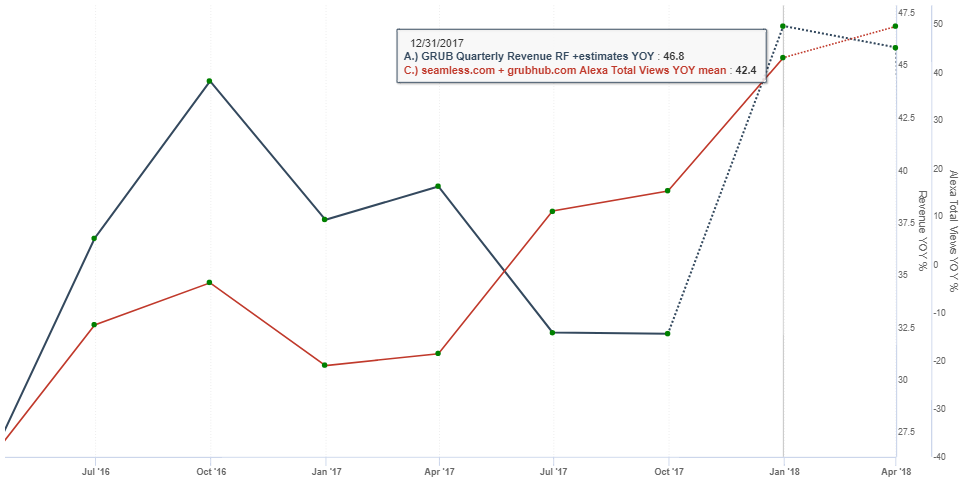 $GRUB’s YoY Website Visits (Alexa Panel- red line) have shown a strong relationship with revenue growth (black line). The website visits data has also moved in the same direction as revenue growth and agrees with consensus expectations for an acceleration for the 12/31 quarter. So far in the next quarter, the data is continuing to accelerate with consensus revenue estimates expecting a deceleration, signaling a potential change in guidance coming on the call. 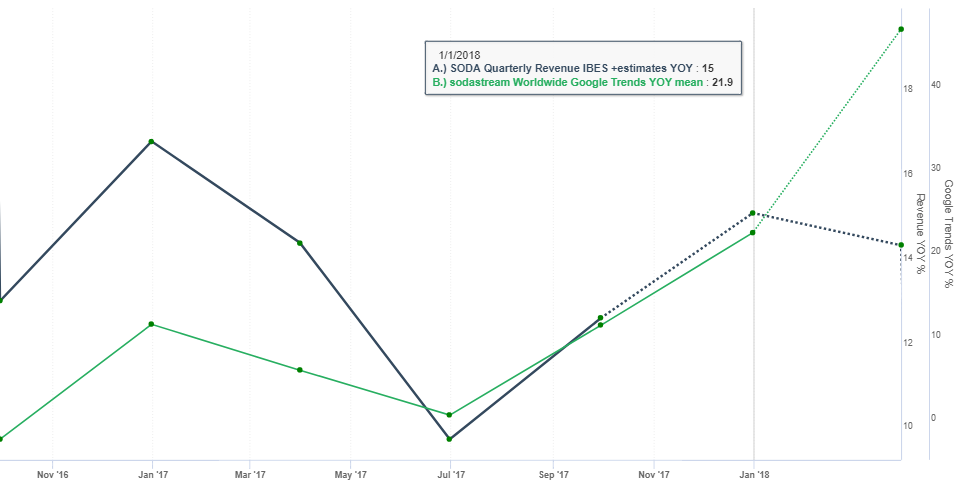 YoY Google Trends searches for Sodastream (green line) have moved in the same direction as revenue growth (black line) during each of the last 6 quarters. Google Trends and Consensus Revenue are in line for FQ1 (12/31) but are massively diverging for FQ2; this suggests a likely beat and raise for the quarter. 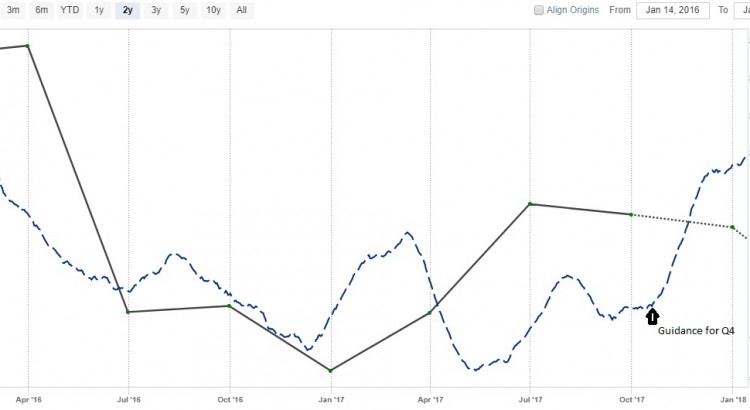 Skechers USA (SKX) is a lifestyle and performance footwear brand that was founded in 1992. We looked at Skechers’ recent performance using Sentieo Mosaic to assess how they will perform on their next earnings call on Thursday of this week.

SKX started off with a strong rally in October that included an earnings beat and raised guidance. However, Skechers still hasn’t gotten the deserved love from the market yet.

SKX trades lower than its peers, both in the shoe segment and in the athleisure industry, trading at just 9.5x full-year EV/EBITDA, quite a low multiple compared to its closest peers. The chart below plots 2018 CY EV/EBITDA vs. 2018 CY Revenue Growth, showing that Skechers is not getting the multiple it deserves based on revenue growth.

The Street seems to doubt Skechers’ profitability since margins have been a bit volatile in the past. It seems that the market has only started to recognize Skechers’ growth recently, after seeing the better-than-expected operating margins last quarter. Skechers operates in a segment of the footwear market that doesn’t give the company the pricing power and margin stability of a market leader like Nike.

In any case, as the most recent earnings release showed, the Street didn’t properly forecast Skechers’ operating margins. Analysts questioned the company’s ability to deliver necessary operating leverage while the domestic market was showing signs of uncertainty. Operating margins were roughly a 20% beat over analyst estimates, and only part of the better-than-expected EPS was a result of a more favorable tax rate.

The strong rally during the past few months was bolstered by the buzz around Trump’s tax reform and the positive effects that a lower tax rate would potentially have on Skechers’ bottom-line. However, it seems that the market has failed to keep up with the pace of Skechers’ improving fundamentals.

The black line in the chart below shows the YoY revenue growth, with the solid part showing and actuals and the dotted part showing analysts’ expectations. The Sentieo Index (which includes alternative data sets such as Google Trends and Twitter) demonstrates Skechers growth potential (dashed blue line), while Wall Street has very low expectations for revenue in the next few years, forecasting a significant deceleration (again, dotted portion of the black line). Analysts haven’t adjusted their expectations enough, and it’s likely that a big revenue beat is coming both in Q4 and in the following quarters.

Wall Street continues to be skeptical about Skechers’ acceleration, despite underestimating Skechers’ revenue growth for four consecutive quarters and getting the margin picture completely wrong. Analysts also don’t seem to understand that Skechers’ management is offering particularly conservative guidance numbers, and has been mentioning better-than-expected results for a while.

In Q2, the management offered the following guidance:

Both revenue and EPS were far above those levels, surpassing the higher end of the management’s guidance.

Something similar occurred in Q2, when revenue growth definitely surpassed the upper end of the management’s guidance. In the excerpt below, management highlights that the results were well above their own expectations:

Perhaps management wants to set expectations low, or perhaps they have actually underestimated the sales acceleration. In any case, it’s probable that they have undervalued the potential growth in Q4 just as they did for the previous two quarters.

With sales guidance for Q4 at $860 to $885 million, the implied Y/Y growth rate would be between 12.5% and 16%, basically just in line with Q3’s growth rate even if we use the higher end of the guidance range.

The Sentieo index tells us something different. Since management has provided its guidance, the index has significantly accelerated, showing a strong confidence in Skechers. The guidance for Q4 was provided just before an inflection point of strong acceleration, shown by the Sentieo index dotted line below:

We’ll be tuning into the earnings call on Thursday to see if Skechers has underestimated their performance again. To continue tracking SKX, and to study other tickers using our alternative dataset tools, sign up for a free trial with Sentieo.