We’re pleased to announce that we are one of 7Park Data’s launch partners for their new API product. Starting today, 7Park customers who also use Sentieo can access their data in Plotter and Mosaic. 7Park’s data offerings available via API include web and mobile app traffic data, retail purchase data, and more.

The combination of 7Park data in Sentieo’s alternative data suite makes discovering alpha opportunities possible without hiring a quant. 7Park Data can be easily added to a chart or statistical analysis including other sources of alternative data, financial metrics like revenue or stock price, and your own data. Examples displaying how this data can be used are presented below.

In the words of one of our customers:

“Sentieo gave me a way to make sense of the data without having to spend budget on a full-time quant. Several points of my returns have been inspired.”

Contact your Sentieo Customer Success rep or e-mail us at hello@sentieo.com to get a demo of how this product can generate investment ideas for you. If you are not a current Sentieo customer, you can request a trial here. 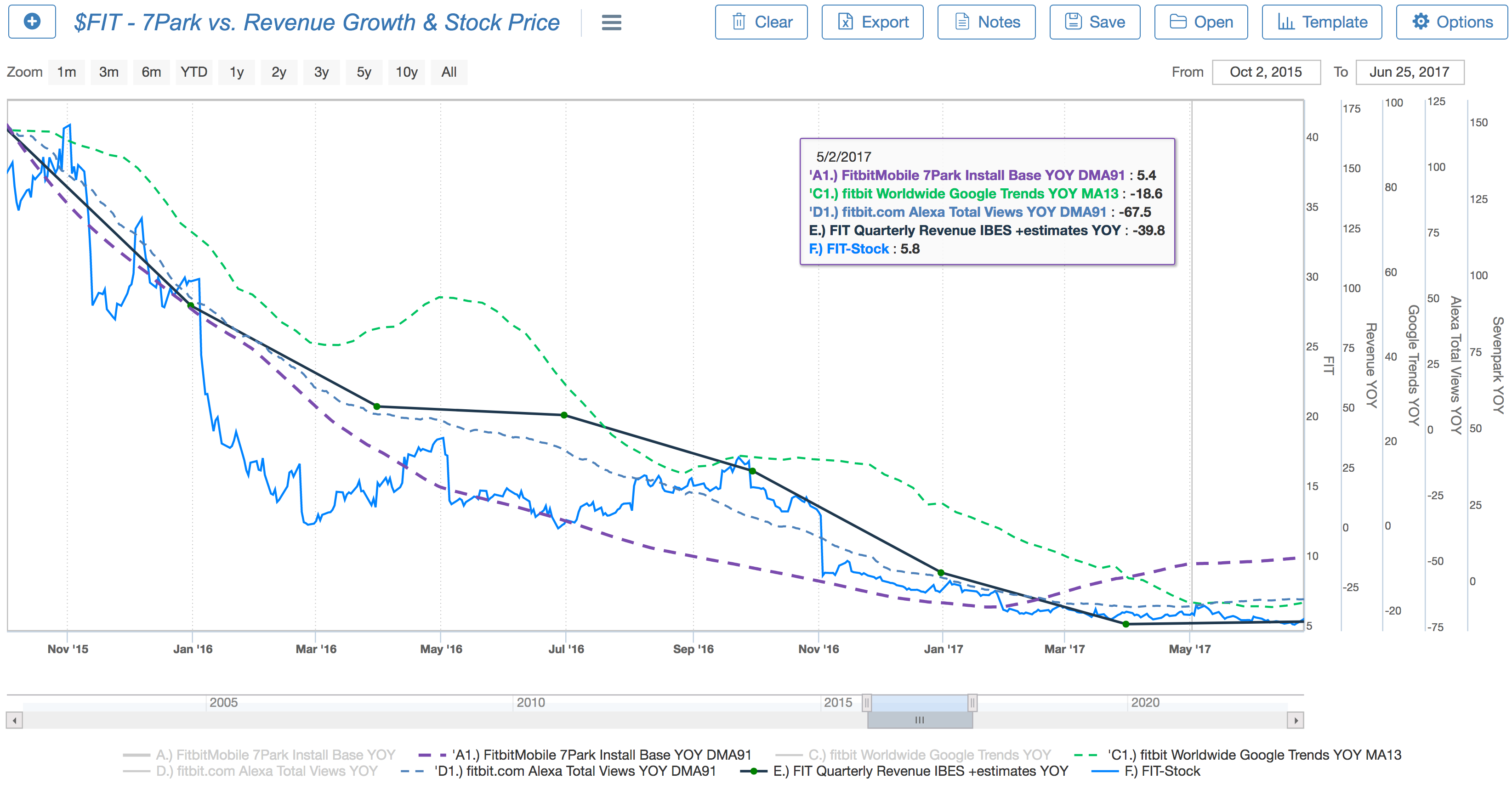 No other company has done a better job of attracting constant media attention than Amazon ($AMZN). With shares hovering around $1,000 per share, the retail-tech giant now stands as one of the four largest companies in the S&P 500 with a nearly $500 billion market cap. That represents a more than 50,000% return from the $1.73 IPO price two decades earlier. Investors fortunate enough to snatch up shares when it first hit the public market can comfortably call themselves millionaires.

While shares no longer look cheap by any traditional metric, money managers believe ongoing investments will result in even greater future returns. This is because Amazon has shown a remarkable ability to succeed in new spaces that it expands into. This is in many ways, the opposite of conventional wisdom. Large corporations often struggle when they stray outside of their core competencies. Amazon has been able to flip this script.

Amazon’s ability to accomplish this comes in large part from the leadership of its CEO, Jeff Bezos, who has consistently pushed the philosophy of, “Day One.” This excerpt from Amazon’s last letter to shareholders illustrates his commitment:

“Jeff, what does Day 2 look like?”That’s a question I just got at our most recent all-hands meeting. I’ve been reminding people that it’s Day 1 for a couple of decades. I work in an Amazon building named Day 1, and when I moved buildings, I took the name with me. I spend time thinking about this topic.

Day 2 is stasis. Followed by irrelevance. Followed by excruciating, painful decline. Followed by death. And that is why it is always Day 1. To be sure, this kind of decline would happen in extreme slow motion. An established company might harvest Day 2 for decades, but the final result would still come.I’m interested in the question, how do you fend off Day 2? What are the techniques and tactics? How do you keep the vitality of Day 1, even inside a large organization?

Such a question can’t have a simple answer. There will be many elements, multiple paths, and many traps. I don’t know the whole answer, but I may know bits of it. Here’s a starter pack of essentials for Day 1 defense: customer obsession, a skeptical view of proxies, the eager adoption of external trends, and high-velocity decision making.”

Of course, the true measure of success for any public company and its philosophy is how its share price performs. As Amazon’s reach has broadened into new industries, the number of companies who need to mention Amazon as a competitor has broadened as well.

We used Sentieo’s advanced document search to construct a query that uncovers every mention of Amazon as a competitor in public company filings (10Ks, 10Qs, 8Ks, earnings calls, investor presentations, etc.) in the last 10 years. In the chart below, you can see that mentions of Amazon have grown considerably over the past 10 years while the stock price has also grown in lockstep.

Drilling down into specific sectors, the same pattern shows itself. Take Air Freight and Logistics, a nascent segment of Amazon’s business, for example. It was only in 2016 that Amazon first made an announcement to lease 20-40 Boeing jets to augment their distribution capabilities. If we look at the mentions of Amazon in only Air Freight and Logistics company filings, we again see the number of mentions skyrocket. END_OF_DOCUMENT_TOKEN_TO_BE_REPLACED